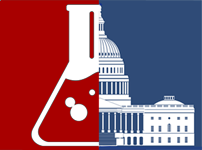 Decision-makers—and those who pressure them—confront technical, ethical, and political uncertainty when navigating controversial issues. They often seek information they hope will provide guidance or authority. But what kinds of knowledge influence them to make a decision about questions whose very nature is a source of disagreement? Despite their classification as either primarily technical or purely moral, some social problems—especially those about the meaning, impact, or survival of human life—require policymakers to negotiate contested scientific and ethical terrain. Centering this question, this conference examines how and why “experts,” broadly defined, as well as activists and policymakers interact and influence each other as they work to address contested, high-stakes issues in Europe and North America.

It invites scholars who analyze policymaking across domains and issues in which decision-makers negotiate contested scientific and ethical terrain. Examples include but are not limited to climate change, vaccine hesitancy, gene editing, sexuality and gender-based rights claims, data surveillance, social justice and human rights, as well as fiscal policy. In dealing with these issues, proponents and opponents work to create coalitions with their allies across academic, activist, and political fields to advance their cause, potentially influencing one another and shaping work in adjacent and overlapping fields.

The relationships between experts, policymakers, and activists are important because their consequences can impact political decisions, such as the enacting of carbon emission restrictions or the legalization of same-sex adoption. They also shape how the public and policymakers perceive, say, the threat of climate change, the safety of vaccines, or the necessity to treat minority families equally. Current research tends to analyze some issues, such as climate change, from the angle of “politicized science” (McCright and Dunlap, 2011) and to analyze others, including the rights of gender and sexual minorities, from the angle of “morality politics” (Engeli et al., 2012). This conference seeks to start a conversation that aims to overcome that theoretical divide. By analyzing the interactions between experts, activists, and policymakers across a range of issues, it strives to bring to light the ways in which scientific and moral considerations may undergird all of them.

Social scientists have identified how previously ignored phenomena become urgent social problems that draw the critical scrutiny of media, policymakers, and the public (Tilly and Tarrow, 2007). Across a wide range of issues, from sexual harassment to autism (Eyal, 2013; Zippel, 2006), activists create coalitions with political and academic elites to transform things that once seemed normal into problems deserving political attention. We know that once an issue is identified, advocates on either side continue to work with experts to produce information to convince policymakers (Stone, 2011). Scientific information can be especially effective—particularly in courts—because it can withstand critical scrutiny and projects legitimacy (Jasanoff, 2009). For this reason, social movements invest in academic allies (Armstrong and Bernstein, 2008). For example, in the case of climate change, environmentalists have relied on climatologists to provide them with data they can use to push for restrictions on carbon emissions in Europe and the United States (Dilling and Lemos, 2011). Similarly, LGBT activists have relied on psychologists to provide research about same-sex couples and their children in order to gain legal recognition for their relationships (Mezey, 2009). This “triangular” relationship (Paternotte and Kollman, 2013) between activists, experts, and policymakers creates “epistemic communities” (Smirnova and Yachin, 2015) among people with the same political or intellectual outlook. Thus, for instance, climatologists and environmentalists in favor of carbon restrictions must compete against scientists and their political allies who deny that humans cause climate change. These triangles remain under-analyzed because scholarship may overlook how moral and technical problems both involve the interplay of science and politics. By comparing across issues, this conference seeks to move beyond that limitation.

New research indicates that these epistemic communities’ capacity to push their agendas depends on the power they wield within academic and political fields. Some have suggested that if experts dominate their professional or academic fields, they can share their status with their political and social movement allies (Fligstein and McAdam, 2012). Specifically, decision-makers may be more likely to believe experts whose claims represent the current consensus within their discipline. Revealing the significance of this effect, recent scholarship suggests that activists specifically try to influence the production of scientific knowledge so that they can claim that research supports their goals (Jasanoff, 2004). This conference contributes to this growing body of work by inviting papers that study academic-activist “feedback loops,” as well as networks of people and ideas, and the ways they constrain and enable policymaking and knowledge production on controversial issues.

In addition, the influence of well-financed NGOs and think tanks (Béland and Cox, 2010) allows epistemic communities to pool their resources despite marginalization they may face (Stambolis-Ruhstorfer 2020). Indeed, perhaps because of such resources, although climate change doubters are a minority in the academic sphere, they continue to have a strong voice in public debates (Dunlap and Jacques, 2013). Yet, these organizations, and the “triangular” relationships they help organize, confront policymaking venues with different rules about the role of expertise, such as courts and legislatures, which vary according to national and transnational politic contexts. This conference encourages papers that bring the insights about the role of these “institutional logics” (Thornton et al., 2012) in policymaking processes in different Europe and North American cases whose institutional configurations allow for fruitful comparisons (Beyers and Braun, 2014; Ruzza, 2004; Woll, 2006).

This conference invites paper proposal from fields across the humanities and social sciences that examine the intersection between knowledge and contentious politics within local or national contexts in North America, Europe, and/or supranational policymaking institutions, such as the E.U. or the United Nations. Comparative work that includes one of these contexts is especially encouraged. Both theoretical and empirical work is welcome as well as that which addresses historical periods from the 18th century to today.

These proposals may fit within, but are not limited to, one or more of the following themes:

Paper proposals should be submitted in English or French (max 500 words, excluding bibliography). They should explain their main contribution, methodology and data (where appropriate), and findings. Include a two-line biographical statement and keywords. Please note, the conference will be held in English with French interpretation. Submit on the conference website (account creation required): https://sciencepolitics.sciencesconf.org

The conference will take place on Wednesday 2, Thursday 3 and Friday 4 December 2020 in Bordeaux.

CLIMAS (Culture and languages of the Anglophone World)